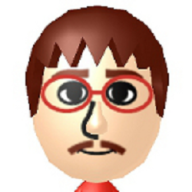 What? Move along now. I'm not going to make this a full bio or something. I will say I use Opera for Android though.

Latest posts made by ngamer01